Rum Love Festiwal > Blog > Bez kategorii > Who we are 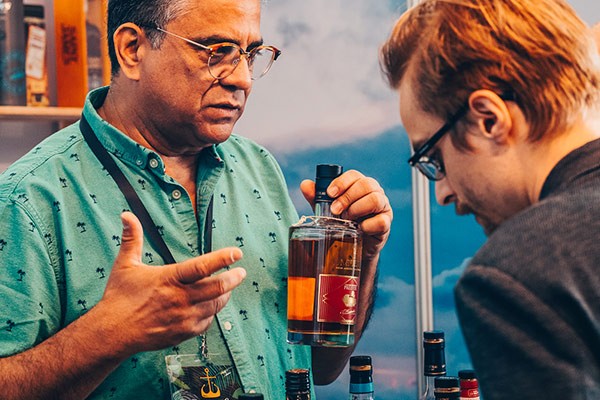 The most aromatic festival affects Poland with a passion for rum.

Almost 1300 participants, 300 types of alcohol and 35 exhibitors from around the world. Two days of workshops, concerts and an unforgettable atmosphere. This is how it was last year on Rum Love Festiwal in Wroclaw. Organizers decided to affect Poland with rum and make a cyclical event from the festival. What will be a surprise this time?

In the beginning, there was a passion…deep interest in alcohol, which turned into a professional career. Rum Love Festiwal organizers can consider themselves as really lucky people because they do what they love in life.

Rum festivals have been held for years around the world, but in Poland along with tequila and gin, it can be included in niche alcohol categories. However, according to research from the Nielsen Retail Panel in 2015, the value of the rum market in Poland amounted to PLN 91 million. This means that it increased by 10% compared to the previous year. Currently, according to statements of specialists from KPMG, almost 30 percent of Polish consumers, over 11.5 billion people, at least once reach for rum in a year.

Experts predict the steady growth of this segment at the level of 2-3 percent per year. Noting that this is due to the growing popularity of drinks, cocktails (the art of mixology), travel, as well as the influence of blogging alcohol lovers and educating consumers about rum. Therefore, Tomasz Krzyk, Jacek Boniecki and their team decided to organize for the first time in Poland Rum Love Festiwal, which last year has received wide echoes among lovers of various alcohols. This year, as in previous years, the Rum Love Festiwal will take place in the Wroclaw Congress Center, which is located next to the Centennial Hall from the UNESCO list, because exceptional events need a unique space.

The organizers expect about two thousand participants at the festival. There will be MASTERCLASS product training, 34 stands for partners – companies that would like to show their products (in addition to alcohols also cigars). Guests would have an outdoor terrace and a festival shop at their disposal. In the background, guests would hear themed music and in the evening, concerts of music groups in the open air. Last year, the organizers also started the project Rum Love on Tour to break the stereotypes about rum, for two months they visited 30 top cocktail bars and restaurants throughout Poland, where they conducted training. It must be admitted that gentlemen do a great job because the awareness of flavours and aromas of rum in Poland is growing very fast. But that’s not everything what the project’s initiators have up in their sleeve.

The capital of Lower Silesia is also becoming the national capital of rum. The festival organizers have created an amazing place on the cultural map of Wroclaw, where the passion of creation is combined with fashion, classic and the past. BlackBeard Barber & Barrel House is a new place with a classic soul. It is a place where you can buy a limited edition of rum, consult experts and masters in the art of bartending, but also spend time in a unique, industrial space. While the guest enjoys a drink, the barber can take care of hair and beard.

One of the buildings at Teczowa Street is a tribute to the classic. The owners claim that there can be no other place for the craft than the one covered with a thick mantle of history. For a barber, there cannot be any other place, like the atmosphere and space that favours creativity and creating a future from the past.  In BlackBeard, in addition to classical crafts, there are also training, lectures and presentations mainly about rum and whiskey. It is certainly a unique place whose atmosphere you just have to taste.

The organizers set themselves the goal of strengthening the awareness and culture of drinking alcohol such as rum or whiskey. Beginning with passion and idea, they started work on the Rum Love Festiwal and BlackBeard. All projects were successful, however, the gentlemen emphasize, that they are just spreading their wings and are not going to rest on their laurels. Since last year they have launched some great projects that do not close only within the borders of Poland.