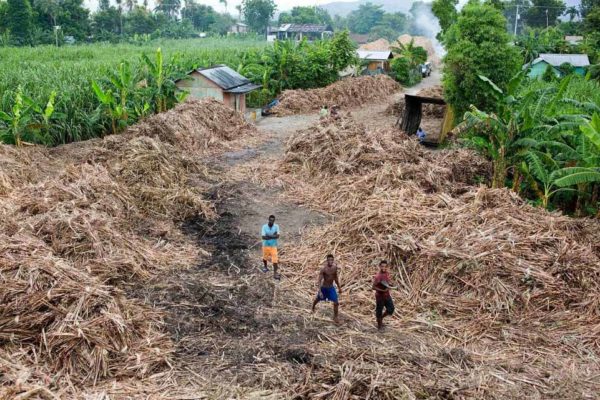 Haiti, which in 1804 rebelled against slavery and received a red card from the western world, today produces a wonderful, pure and original distillate. Without chemistry in agriculture, created during spontaneous fermentation.

It is characterized by “archaic” distillation, lack of filtration and surprising aromas. In fact, it is the only natural rhum in the world!

Usually, Clairin does not leave his native island, the taste of Haiti, which arises from local sugar cane and wild yeast, creates a unique flavor of Haitian plantations.

Clairin is a style from Haiti, similar as in production as well as in nature to agricultural rum. This makes sense because it is the style most associated with France, and Haiti had been a French colony before independence in 1804. It is a raw and rare spirit, which could rarely be found outside of the island, but fortunately, now we have the chance to taste it without flying to Haiti.

The reason why we can enjoy Clairin in Europe is the legendary Luca Gargano from the Velier company, expert on rum and importer.

Known for bringing rare Caroni rum from Trinidad to Europe (the distillery was closed in 2003, but Luca found there full barrels so that more people would have the opportunity to try this perfect rum).

His approach to Clairin has a similar purpose – it allows many people to try a drink that would otherwise be very difficult to get. Luca distributes from several distilleries, but Clairin Sajous from the Chelo Distillery near St-Michel-de-l’Attalaye, 97 km north of the capital of Haiti Port-au-Prince deserves special recognition.

Sajous: the name comes from the owner, Michel Sajous, who built a distillery in a sugar cane plantation. He is a traditional producer, using its own sugar cane and a relatively cheap rum production technique – it is not an automated, industrial, distillery, but a small farm with an area of 30 hectares.

Similar to traditional agricultural rum production, in Chelo, producers use molasses instead of sugar. However, they use concentrated juice reduced by burning bagasses – remains of the sugar cane. Concentrated juice can be stored for about 18 months, unlike freshly squeezed, allowing the distillery to produce Clairn throughout the year.

Fermenting with wild yeast – in fact, they leave the vats uncovered and they hope that the yeast will begin their “harvest”.

Fortunately, yeast is quite common, they live on the surface of the reed, and also around the distillery, the syrup turns into an alcoholic mash in seven to ten days. It is then distilled twice and bottled without dilution – after its second distillation, its power is 53.5%.

Sugar cane farming must be organic, it must adhere to traditional production methods without the use of synthetic chemicals (herbicides, fertilizers, fungicides, etc.).

The set must be made by hand. The transport of sugar cane from the distillery field must be carried out using animals.

Fermentation of sugar cane juice must take place only through the use of natural yeast without the addition of industrial yeast and without dilution with water.

Fermentation must last at least 120 hours.

Clairin must be bottled on the alembic outlet level.

Bottling must take place in Haiti.

Biodiversity on Haiti is huge and the three Clairins distributed by Velier differ from each other in terms of sugar cane, fermentation, and distillation.