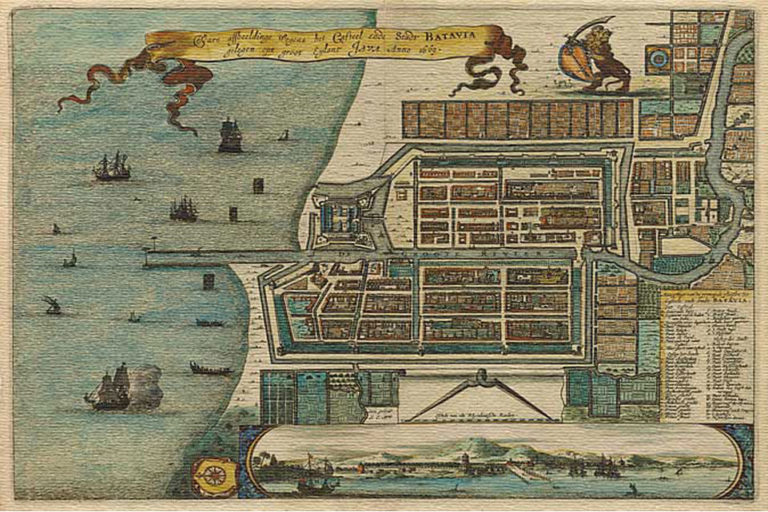 Rum’s forerunners come from old times. It is assumed that the development of fermented beverages made from sugar cane began in ancient India or China and
spread from there. Records from the 14th century show that Marco Polo described that he was offered, in today’s Iran, “a very good wine made of sugar”.
Some time ago I wrote about Cachaca and Clairine, today a few words about Batavia Arrack, which we should not confuse with an anise Arrak. “Batavia Arrack” is a
distillate based on sugar cane molasses, produced exclusively on Java Island in Indonesia, its history goes back to the 17th century. It consists of a very specific
distillation process in pot-still alembics. It is often referred to as “Indonesian Rum.” The fermentation process involves the addition of local red rice; this is what distinguishes it from Rum, although the basic material is still sugar cane. Batavia Arrack’s distillation is carried out using traditional Chinese stills, adopting ancient distillers production methods.

The word “arrak” probably comes from Arabia. It means “condensation”, a reference to the distillation process. In the Middle East, there is known another drink with a similar name: arak or araq which is often made from grapes and spiced up with anise, so it is therefore similar to the Greek ouzo or Turkish “raki”. The similarity between the names “arrack” and “arak” is lively interesting but potentially misleading. Historically, Dutch trading companies had always used the term “Batavia Arrack” for this Indonesian rum.

Batavia- Latin name of the Netherlands

Batavia – the former name of Jakarta

There are records suggesting that British traders began to buy Arak from Chinese distillers in 1634. We know that in 1712 there were twelve distilleries in the area of
Batavia, and at least twenty from 1778. In the eighteenth century arak became very popular in Europe, especially in Sweden, it is one of the essential components of the
Swedish punch (1796). In 1796 a French scholar, expert of politics and rum Joseph-Francois de Charpentier Cossigny wrote that “l’Araque de Batavia is of better quality than rum from Jamaica, it is a fact and even the Brits must agree with it”. At that time, arak trading was in the hands of the Dutch VOC. Almost all of it was transported to Europe where it would reach Rotterdam or Amsterdam. Dutch trade was dominated by a limited number of specialized dealers. They were imported a “raw” arrak with an alcohol content between 60-70% in large wooden casks or vats, each containing 563 liters of distillate.

It was an not aged product designed for maturing and mixing to develop a final product with consistent quality and taste. In 1927, specialists mobilized forces to
create Verceligde Arrack Verkopers (United Arrack Dealers).
Production process:

Fermentation with molasses, water and added local red rice in wooden vats up to ± 8% vol of alcohol

Batavia Arrack is transported to Amsterdam when arriving it is placed in large oak barrels.

Batavia Arrack mixes according to a unique and secret recipe by Blender Master and is diluted to a strength of 48%.